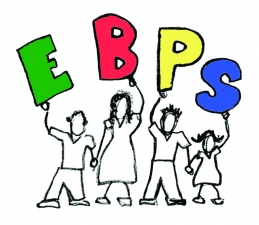 It’s the end of another term as well as academic year, and once again so much has been accomplished since our last newsletter.

The Year 6 children thoroughly enjoyed their week long residential to Swanage. They had immense fun rock pooling, crabbing, walking and kayaking. For those few children who were unable to participate in this venture we ensured that they had a whole range of exciting activities, the highlight of which was in the afternoons when they helped our younger children with their learning.

Year Five meanwhile have been back in time to Ancient Greece with help from the company ‘History Off The Page’ who came in to work with us. The children took part in workshops, creating lots of Greek artefacts, including charm bracelets and clay pots. In the afternoon, the children took part in performing poetry and plays as part of our entertainment, which we enjoyed with a Greek feast. It was a very enjoyable day for all and everyone looked amazing in all of their costumes.

Talking of costumes, our World Book Day costumes, that were last worn on a very snowy day in March, saw us win not only first place in our group, but also overall winner in this year’s village carnival! Our group were headed up as always by our wonderful June Rose Day Queen and attendant chauffeured in a wonderful vintage car courtesy of Mrs Wilson’s family.

EYFS had a very exciting day when they went on their trip to Woburn Safari park to learn more about some of the animals from this term's topic 'Rumble in the Jungle'. They were very lucky and all of the animals came out to say hello, even on such a hot day! Along with the grown-ups the children had to try and spot bears, lions, tigers, giraffes and lots more. There were also some cheeky monkeys that climbed on our coaches and didn't want to get off!

Keeping with the animal theme we have been really excited to host six sessions with Homegrown Care Farm. Andy and Julie have brought into school a selection of animals including dwarf rabbits, ducklings, a bearded lizard and hedgehogs. Over the course of each session the children attending have learnt a little about each animal and taken it in turns to hold and pet them. It has been lovely to see the older children supporting and encouraging the younger children along with the care and respect the children gave to the animals. We have also had lambs, a horse, ducks and an owl, to mention just a few, visit over the last few weeks!

Class assemblies have continued to feature frequently again this term. Sunflower class were really pleased with theirs. The children decided all the facts they wanted to include and enjoyed practicing, preparing and dressing up. We travelled through time to listen to Victorians speak about their life and compared their statements with life today. After that, scientists taught us about circuits, switches, conductors and insulators with a circuit that stretched the width of the hall!

Daisy class also did a fantastic job in their first class assembly. They told the audience the story of the Little Red Hen very confidently and shared pieces of artwork. The children all spoke so clearly and remembered their lines. At the end of the assembly they sang two songs which they had decided on as a group.

Violet class also held their sharing assembly and the children managed to finish it within five minutes! In this time they showed some of their recent work including detailed drawings of Tree Frogs and story maps from our recent Talk for Writing book, The Great Kapok Tree.

Musical talents were exploited in many ways this summer term. Following a very successful musical extravaganza at All Saints Church featuring our wonderful choir and orchestra, not to mention those that performed solos, EBPS Singers were treated to a ‘Greatest Showman’ workshop, where a trained professional taught the children (and adults!) how to perfect their singing. The singing began with some vocal warm up exercises. After the warm up, the group practiced four songs: ’The Greatest Show’, ’A Million Dreams’, Tightrope’ and ’ This is Me’. Rather than simply singing the songs, the voices harmonised, creating a lovely sound! Two hours of hard work was worth it to get a huge round of applause from the parents.

Music continued to be the theme when Mrs Bell, one of our peripatetic teachers from NMPAT, organised a strings assembly in KS1. The strings players from KS2 delighted Year 2 pupils with their skills, above. Year 2 pupils then had a go at playing the stringed instruments, under the tuition of KS2 pupils. It isn’t as easy as it looks, but Year 2 did very well.

Our healthy week has once again been a highlight of the term with children taking part in a whole range of physical activities including scooter riding, crazy golf, yoga and tennis. During the week you may well have seen our Year 5 and 6 children as they walked up to Lings gym. The staff there were fantastic and the children had a wonderful time trying out a variety of equipment. Children also learnt about safety around dogs, water safety and healthy eating as part of the very busy schedule organised for this special week of the school year. Sports Days also took place during this time and featured carousel events organised by young leaders from Wrenn Academy, as well as track events and a mini marathon for our older children. These events were very well attended by our parents, many being brave enough to race too!

Connected to sporting talents, congratulations must go to our fantastic swimming team who went to Corby International Pool to take part in the final of the County Swimming Gala. This was after coming 2nd in the Wellingborough swimming gala earlier in the term. 90 teams from around the county entered the gala and 15 went through to the final and EBPS came tenth overall. All of the children went home feeling extremely proud of themselves and found it a great experience to have taken part in such a big event.

As I write we are now in the last couple of days before the summer holidays and our thoughts turn to year 6 who will be moving on to Secondary schools around the county. They have just completed the second and final performance of their play ‘The Complete History of the World’, which was delayed by a week to allow everyone to watch England compete in the semi-finals of the World Cup! The children have done themselves proud and many exhibited talents that we don’t always get to appreciate in the day to day life of school, which was a real privilege. We wish them all a very bright future. I am sure there will be many a tear shed on the very last day when they deliver their final assembly for their parents.