Our major achievement of the last term was securing GOOD in all areas during our recent Ofsted inspection. We are enormously proud of the outcome given the baseline prior to amalgamation. The report finds that leaders have managed the merger of the former infant and junior schools well. The two former school communities have come together and there is a clear sense of continued improvement. They also commented that children get off to a good start in the early years. They are eager to learn, make good progress and are ready for Year 1 by the time they leave. Workbooks show that pupils are currently making good overall progress across key stages 1 and 2. Pupils attain well and their skills, knowledge and understanding are at least in line with, and often above, those found typically in other children of the same age. The report states that pupils’ behaviour is good, they work hard and listen carefully in class and they are consistently polite and well behaved around the school. The inspectors found that teachers are extremely effective at kindling in pupils a deep and genuine love of books. Pupils become not only confident readers but also young people who read with great enthusiasm and pleasure.

We were extremely pleased with how our children shone in reading during the inspection as we have many ways in school of inspiring a love of reading. As well as displays encouraging children not to ‘judge a book by it’s cover’ and to ‘be a book worm’, we have regular competitions in place. Firstly we reward the number of words read each term in both lower and upper key stage 2 and also we hold a weekly ‘guess the book title’ competition in our newsletter. For example can you guess the title from these clues? 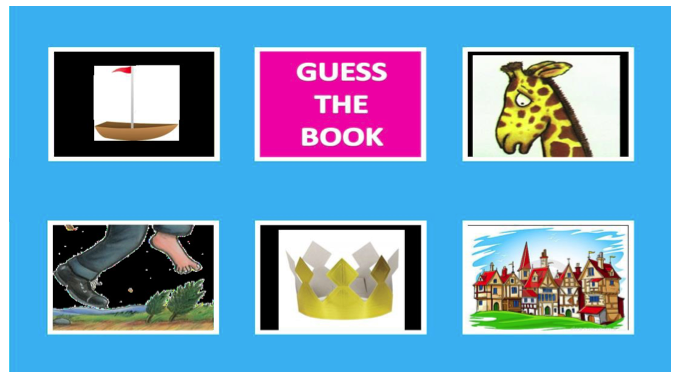 Another way we promote the importance of reading is working with the Beanstalk charity to support children with their reading within school. We now have three volunteers who come into school and work with the same children each week to support their reading by sharing books and playing games. The difference in the children’s confidence and enjoyment of reading has been very noticeable. Some of the comments the children have made include:

“… helps me loads because I’ve gone up so many reading levels since I’ve been with her.” and “We look forward to Wednesday and Thursday afternoons when she comes in to see us.” 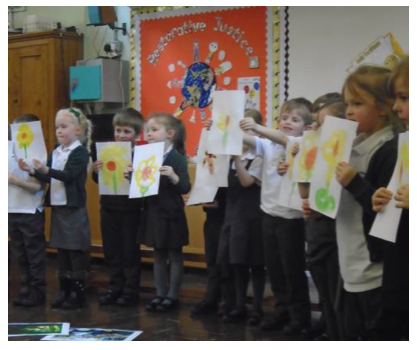 Meanwhile we continued to welcome parents through our doors to find out about learning during our regular class assemblies. This last term Clover class children told us all about their current topic, Out of the Egg, and shared everything they have learnt about dinosaurs and chicks. The assembly included a song about dinosaurs and fabulous story telling. The children also taught us the life cycle of a chick and shared their fabulous daffodil paintings with us. They tried really hard to use their big voices, despite this being their first ever class assembly. 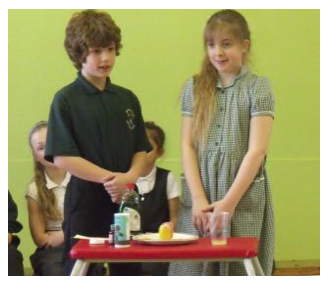 It was British science week and International Women’s Day, when Daffodil class performed their assembly. They combined the two important events by carrying out a variety of interesting, and sometimes messy, experiments as well as sharing some fascinating facts about female scientists. Their assembly was enjoyed by our KS1 children along with parents from Daffodil class. We all marvelled as they showed how to use bicarbonate of soda and white vinegar, plus a dash of food colouring, to make a model volcano erupt. The show stopper though was puncturing a plastic bag filled with water with several sharp pencils and watching as the water did not leak, well almost!!

Our spring term parents evening was very well attended and I know that some parents were amazed at the quantity and quality of the work in their child’s books. Teachers welcomed the opportunity to share the progress being made by children and to discuss how parents can further support learning at home.

Parental engagement is important to us and it continued on the penultimate day of term when key stage one welcomed their parents into school to view their latest project gallery. Children were given a learning project to complete at home, with support from parents, and this was their opportunity to showcase what they had achieved. It was a very busy afternoon indeed with many fantastic and imaginative exhibitions on display. Do take a look at our first newsletter of term 5 to see some examples of the projects, this will be available on our website too.

The last term also saw us raising money both for the school and for one of our chosen charities, Sports Relief. The latter saw all year groups doing something sporty every day for a week and asking family and friends to sponsor them – at the last count we have raised in excess of £1100 pounds for this very worthwhile cause! Meanwhile our PTA encouraged us to raise money for school by continuing, for the 18th year, to save our 2ps. On the last Monday of term our EYFS and key stage 1 children spent a sunny hour on the playground laying them all out end to end as class trails. 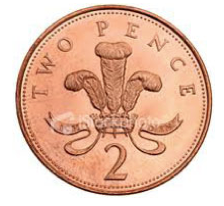 The winning class with over £100 of 2ps was Snowdrop class. Well done to them and well done to Daffodil class who raised just over £69 by filling class tubes with 5p coins! 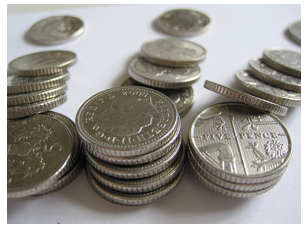 This was the inaugural year for the 5p collection as a way to involve key stage 2 in this annual fundraiser and was well worth doing. Between 2p and 5p collecting the PTA have raised just over £1000 for our school, a big thank you to all who donated and to all who got involved in the counting! Please start collecting now for next year’s event.

How did the term end – on a high of course! If all the above were not enough, sandwiched in between our very special Bartonian assemblies, was the return of our ever popular Easter Egg raffle. The eggs were donated by parents, the tickets bought for 20p each by children. It was a very eggciting end to an extremely satisfying term with over 600 eggs won and PTA funds boosted considerably!

I look forward to sharing more news from EBPS with you next month.